Posted on December 23, 2011 by Lawrence Ullrich

We’ve discussed premises liability, landlord duties, and obvious dangers, among other things. Today we’ll discuss an issue in California that gets people excited – a landlord’s duty to prevent criminal acts. 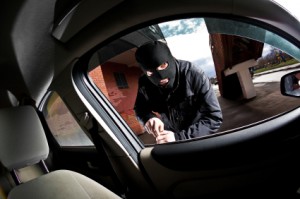 Nothing gets people more excited than the idea that a landlord might have an affirmative duty to prevent or intervene in the actions of a third party to prevent a person on his or her property from becoming the victim of a crime. On the face of it, this duty feels like it falls outside the scope of a landlord’s duties. Isn’t that the job of the police? A property owner can’t be a substitute for the police and common sense, the argument goes.

That may be true, but if we rely on common negligence principles – and California courts do – then liability can attach in certain circumstances for failure to take steps to mitigate against such third party criminal conduct.

The owner/lessor/occupier/person who controls the property has a “general duty [which] includes not only the duty to inspect the premises in order to uncover dangerous conditions, but, as well, the duty to take affirmative action to control the wrongful acts of third persons which threaten [persons on the property] where [he] has reasonable cause to anticipate such acts and the probability of injury resulting therefrom.”*

The scope of the duty to act is tied to the knowledge of potential injury which would occur by the third party criminal act. As we’ve previously seen in my post about replacing window glass, the scope of the requested action there was very small: replace a window pane for $17 dollars. The duty imposed there was not to hire security guards to prevent murder, but merely to replace a broken window pane that was close to the door handle and lock. It is not unreasonable to think that someone might have broken into the house if the pane was not replaced.

A different situation arises if the integrity of the property is not an issue but knowledge of criminal activity is. Fights happen. A landlord is not usually liable for a one-off fight. But he may be if he knows that fights are continually occurring on his property. The scope of the duty for a landlord or business owner to provide something akin to security guards exists “only when ‘heightened’ foreseeability of third party criminal activity on the premises exists—shown by prior similar incidents or other indications of a reasonably foreseeable risk of violent criminal assaults in that location.”** Does the California rule make sense?

This blog submission is only for purposes of disseminating information.  It does not constitute legal advice.  The statements in this blog submissions do not necessarily reflect the opinions of Robinson & Wood, Inc. or its clients.  No attorney-client relationship is formed by virtue of reading this blog entry or submitting a comment thereto.  If you need legal advice, please hire a licensed attorney in your state.